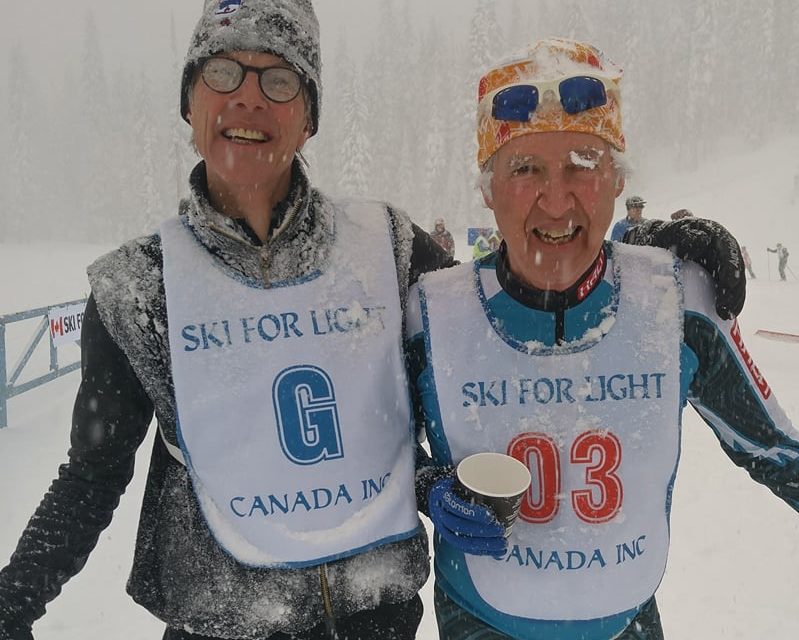 Jerry King and Sue Bates both won medals at the Ski for Light competition in B.C. last week, Jerry as a skier and Sue as a guide for another sight-impaired skier.

In Jerry’s (as usual humble) words…

“I finished 2nd in the 10K and 5K classic races at Ski for Light Canada which took place at Sovereign Lake Nordic on Silver Star Mountain near Vernon, British Columbia Feb. 5 to 11. Both races had their challenges. As you can see from the photo heavy snow fell during the last half of the 10K race. At times neither my guide or myself could see where we were going, not unusual for me but disconcerting for my guide! The temperature at the start of the 5k race was -16C making the snow quite slow. My guide and I got a really good workout!
Ski for Light Canada is a six day event for visually and mobility impaired people supported primarily by the Sons of Norway service club and donations from individuals, and groups. The event relies heavily on volunteers. Participants often include Norwegian, Danish and American skiers, guides and volunteers., “ 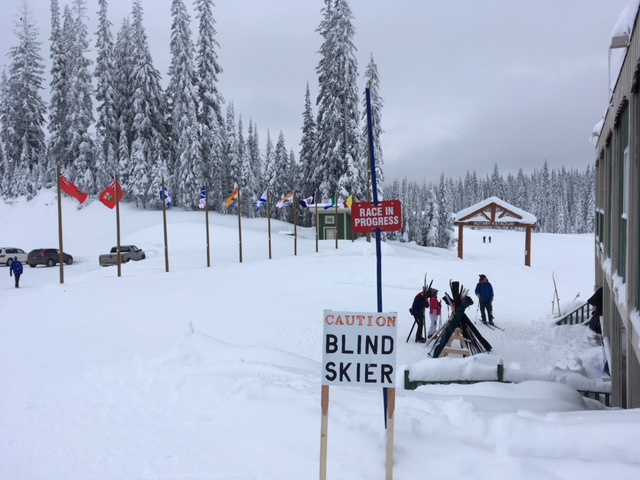 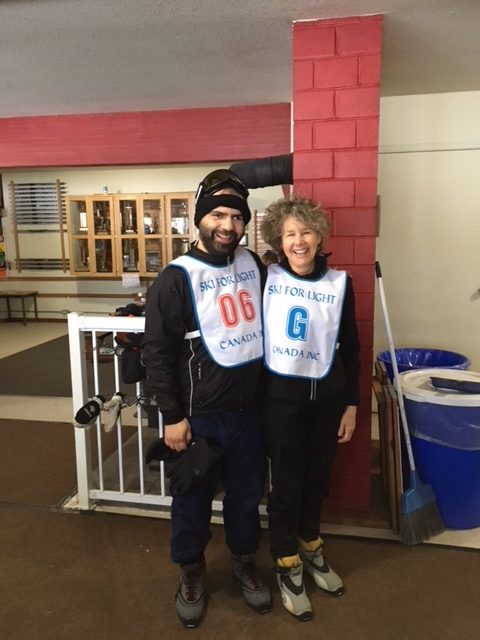 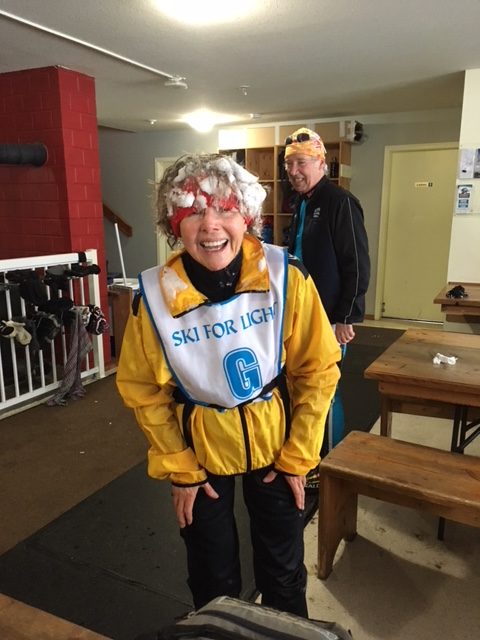 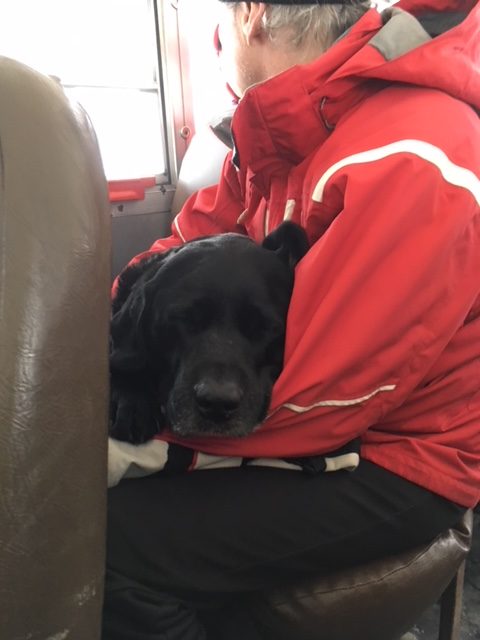 Conrad, getting some tlc 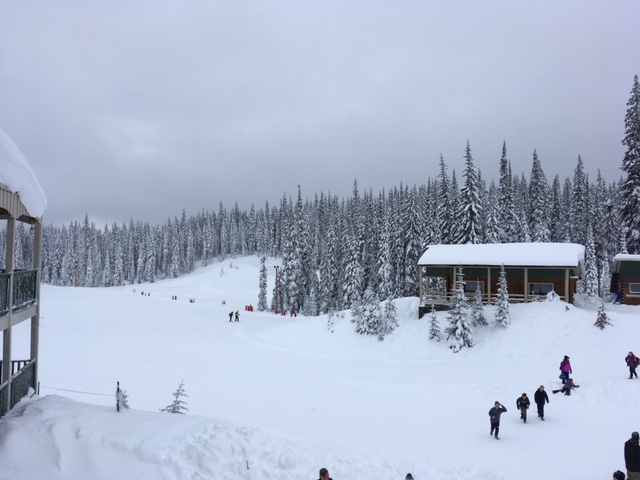 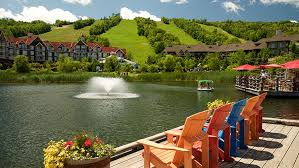 Riding up to the Village – August 21 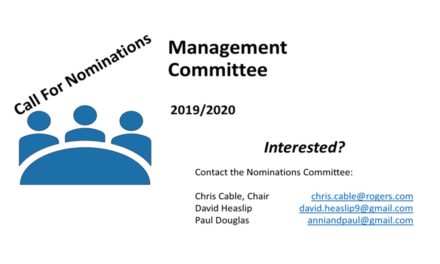 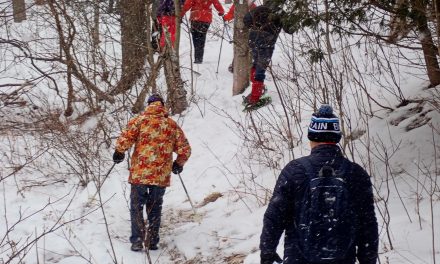